Border Crisis and Cages: Democrats or Republicans? We know!

Border Crisis and Cages: Democrats or Republicans? We know! 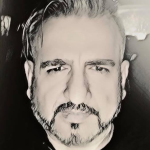 Legitimately concerned by an increasing border crisis, the Trump administration asks for Congress to pass legislation on comprehensive immigration reform. However, not including the multiple times’ Democrats have voted against any border relief funds to address the crisis, two Republican-led bills presented were overwhelmingly defeated this past year with a 100% vote against the bills by Democrats. The legislation would have funded President Trump’s much-needed border protection wall, technology, and border security relief funds and would have even provided temporary legal status and a path to citizenship to some undocumented immigrants as DACA recipients, among others.  Only interested in a direct obstruction to any Republican initiatives to resolve the crisis, Democrats created an excuse to turn their focus to allegedly keeping families together at the border. Of course, on June 20, 2018, before the vote of the first bill on comprehensive immigration reform, President Trump signs an Executive Order Affording Congress an Opportunity to Address Family Separation and stops the separation of families at the border. Nonetheless, this Executive Action did not stop the Democrat obstruction. Democrats instead continued to make a claim and issue of unjust detainment centers, shamelessly comparing their creation to “concentration camps.”

The questions are, why do Democrats ignore the origin of the legislation that caused the present conditions at the border and resulted in overcrowding of detention centers, while neglecting the evident efforts of the President of the United States, Donald J. Trump, to stop the separation of children from families? Unfortunately, historical revisionism seems to be the model followed by Democrats as evidence of undeniable facts. So, we ask, who passed the law making it a crime to cross the border illegally that results in the separation of children at the border and the requirement to detain these criminals at detention centers in the first place? Was it Donald J. Trump? No, it was under Democrat leadership, after the 1995 Oklahoma City Bombing, by then-President Bill Clinton.  President Clinton, concerned with the threat of terrorism, signs the Antiterrorism and Effective Death Penalty Act (AEDPA) of 1996.  Immediately after, in September of 1996, he signs into law the Illegal Immigration Reform and Immigrant Responsibility Act (IIRIRA). This Democrat-led legislation was the leading cause that expanded justification to detain and deport immigrants, including long-term legal residents, and authorize well-known fast-track deportation procedures. Deportation under this law became as easy as deporting non-violent offenders, including relatively minor offenses as marijuana possession, selling bootlegged DVD’s or merely jumping a subway turnstile.

Democrats created the law that makes it a CRIME, and in 2014 Obama fills his built cages. However, guess who is blamed for the law and the cages? The emancipators, the ones proposing Comprehensive Immigration Reform, the ones who truly care, the Republicans. Trying to cover and ignore their spurious past is not a new tactic for Democrats. This practice has been their political strength for many years, until now. Today, Hispanic Americans across our Great Nation say, ¡No more!  This very same deceit is perpetrated by their “reparations” debate and similar smoke screens. The Democrat Historical Revisionism has come to an end. History can no longer be hidden by their smoke screens propelled and perpetrated by liberal news media and private interests. We know who created the crisis at the border; we know who built the cages; we know who is responsible for the slavery of our Black Citizens and the Jacksonian genocidal oppression of Native Americans in the U.S., and we know liberal historic revisionist blame the deliverers of liberty, and justice for all, the Conservative Republicans. We Know!

Rey Torres Rey Torres was born and raised in the US Territory of Puerto Rico (hoping it becomes State 51) and moved later to New York, where he has lived for many years. He is a lifelong Conservative, a Healthcare Administrator, and a dedicated Bible Theology and Christian Education Instructor in New York for over thirty years. Rey is an apologist and author, publishing papers such as “Quantum God: The logical implications of Quantum Mechanics and the existence of God” a persuasive document using scientific reasoning to prove the existence of God. In addition, Rey is a professional musician, a recording artist, and a writer for many Christian artists as Yadira Coradín, Michael Rodriguez, Josue Sánchez, Angel Maldonado, and his wife, Mairén Medina-Torres. A former ordained minister, Rey and his wife Mairén are devoted Evangelical Christians, active with local community outreach events, international missions, and at their local congregation. If you enjoyed the article and would like to see more, become a member or donate to the RNHA today! The Republican National Hispanic Assembly is a not-for-profit organization. We are an independent media institution funded by small donors. We depend on you to continue to produce quality content.
Posts You might like