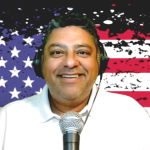 All across the United States, Hispanic Republicans have heard about the Democrats and their attempt to impeach President Trump.  The Democrat Speaker of the House, Nancy Pelosi, and her fellow Liberal friends are desperate to unseat the President, before Election Day.

They know, if re-elected, he will drive the nails in their Socialist coffins, and they are willing to do whatever it takes, no matter how illegitimate their claims, to stop him.

To us Hispanic Republicans, it is just more noise, in the already loud political scene.  From using propagandist children on Global Climate Change to inciting Antifa to violence against Trump supporters, the Democrats will stop at nothing to end President Trump’s term in office.

But why should we all-of-a-sudden, drop our support for President Trump, a man who has defended our rights more than any president in recent history?

Why would we turn our backs on someone who has led the charge on one of the greatest economic turnarounds in American history?

Do Democrats think we will forget who it was that helped to usher in the LOWEST UNEMPLOYMENT in the History of the United States, regarding Hispanics and Blacks?

Our country is rebounding from the Obama years faster and stronger than ever, and now, the Democrats, who are caught up in Socialism and in a race to take away our 2nd Amendment rights, think Impeaching our President, will somehow make things better for our Nation?

What are they trying to prove?  Do they think they’re smarter than us?

The record clearly shows the benefits of Conservative Republican leadership.

So keep playing games, Democrats.  Hispanics already know the score, and we’re not going to allow you to cheat your way to a victory!

Duke Machado Duke Machado was born and raised in San Marcos, Texas, a 5th Generation Texan. He joined the US Air Force and served for 6 years working on the Top Secret, Short Range Attack Missile, as part of the Strategic Air Command. After his service in the Air Force, Duke entered the Auto Industry and has been in the car business for 25 years. He is now in the home building business and is married with one daughter in 7th grade. Duke began his political activism after Obama was elected. With 40 precincts unfilled in his local county, Duke took the initiative to form and launch a Hispanic Republican Club in McLennan County. He helped launch 6 more Hispanic Republican Clubs in other Texas counties, and in 2010, became an Official Auxiliary of the Republican Party of Texas. Since that time, he has written countless blogs and has published opinions in many local and national newspapers. He also hosted The Duke Machado Show, a podcast on Spotify and Apple Podcasts. Duke has been a Delegate to the Texas State Convention 3 times. Today, Duke serves as the National Social Media Director for the RNHA and host of the RNHA NEWS Podcast. If you enjoyed the article and would like to see more, become a member or donate to the RNHA today! The Republican National Hispanic Assembly is a not for profit organization. We are an independent media institution funded by small donors. We depend on you to continue to produce quality content.
Posts You might like

The Truth about Microaggressions March 26, 2018